The end of the school year is coming up very soon and that means End of the Year celebrations!  Cheyenne had her Spring Program at Mother’s Day Out the other day and it was so precious!   The music teacher chose the theme Music and Motion in the Spring and watching a group of 3-5 year olds sing and move to the music was priceless.  One song they sang was Let’s Go Fly a Kite from Mary Poppins and they each had a little scarf that they waved around while they sang. I was happy to see how well Cheyenne was following directions and following the music teacher’s movements.  They sang several songs and had hand gestures and movements to go with each of them.  There were a few kids that just couldn’t stay up there for the whole performance.  Once little girl just stood up there crying loudly until one of the teachers went up to comfort her, but she just wanted to go sit with her mom.  There were other kids that periodically came out to the audience to hug on their moms before going back up to the stage.  I was proud of Cheyenne for staying up on the stage and not running down.  A year ago, she would have been one of those kids.  I am so proud of how much she has learned and how she has grown socially, developmentally and spiritually.

Cheyenne had a great time at her program and was so excited about it that for days before, she would tell everyone she knew that “My Spring Program at school is on Wednesday at 10:15!!  Would you like to come to my Program?”  It was so cute!!

I recently got her registered for the summer and fall sessions of Mother’s Day Out at our church.  She has been going during this last school year and has loved it and grown in so many ways.

Here are some pics from her program and I’m hoping to get it on DVD like we did the Christmas Program and the Video Yearbook we got a few weeks ago. 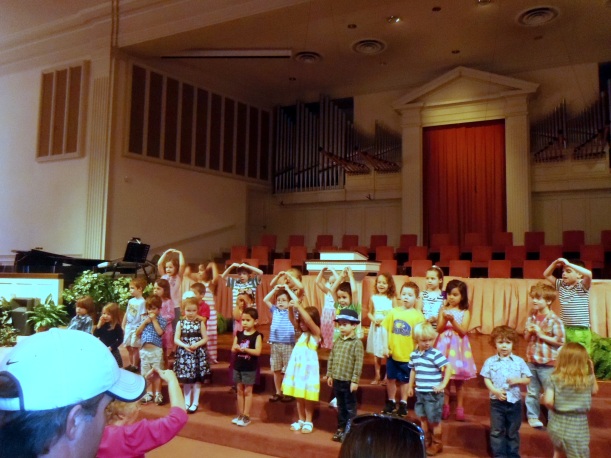 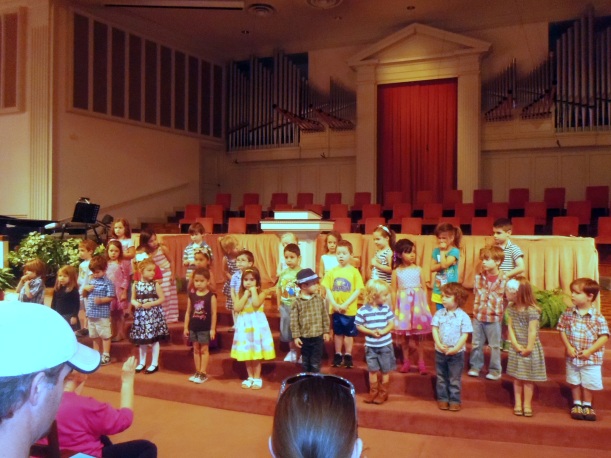 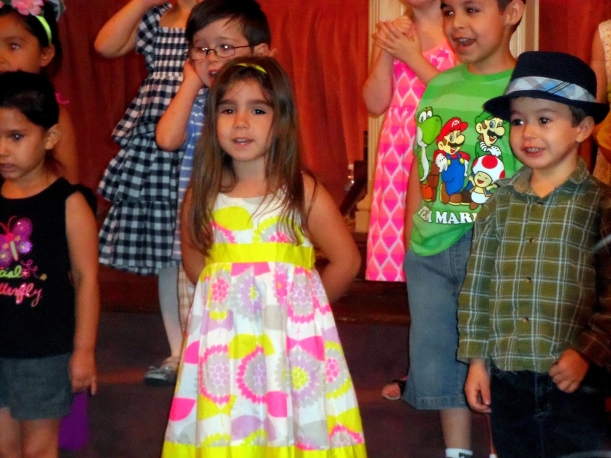 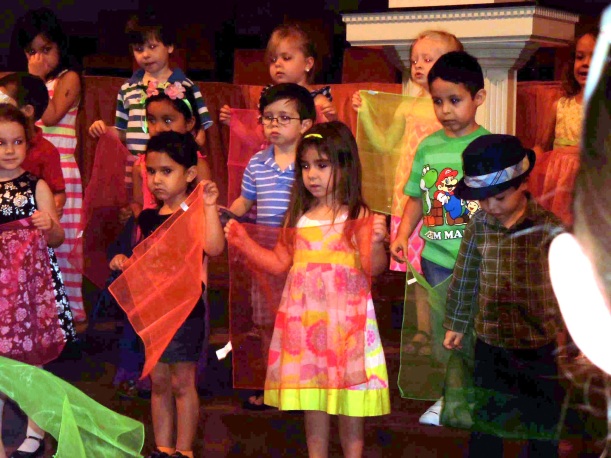 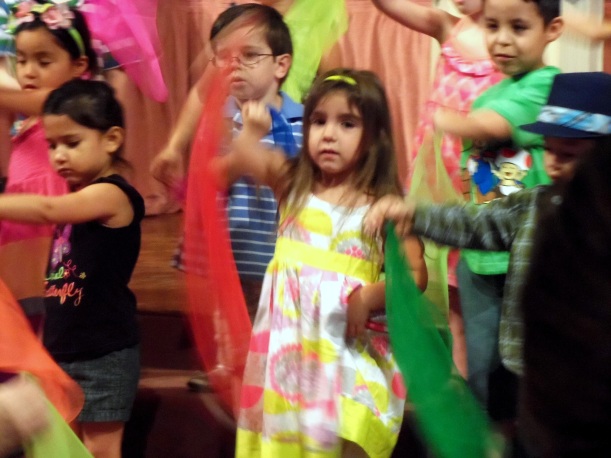 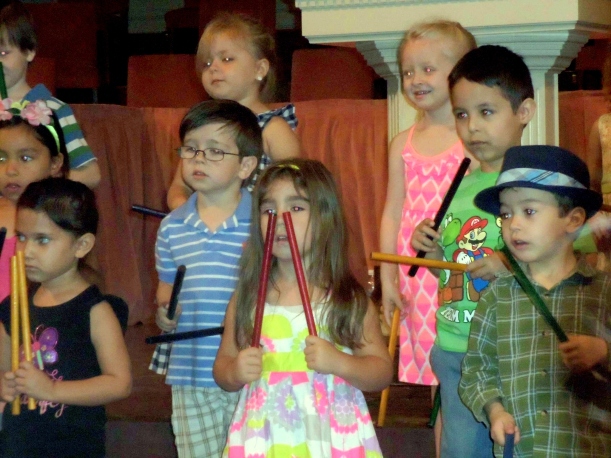 You know she had to throw a little silly in there somewhere! 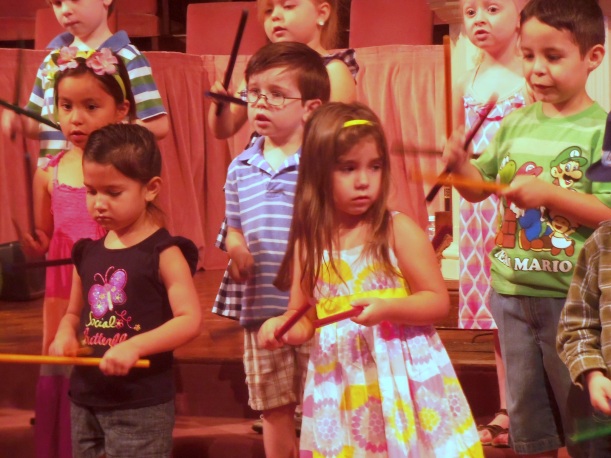 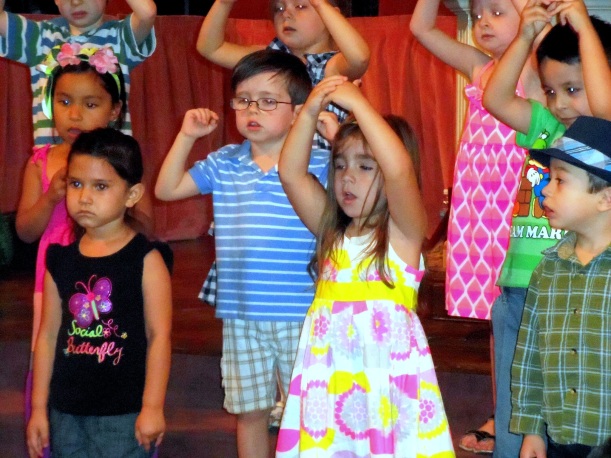 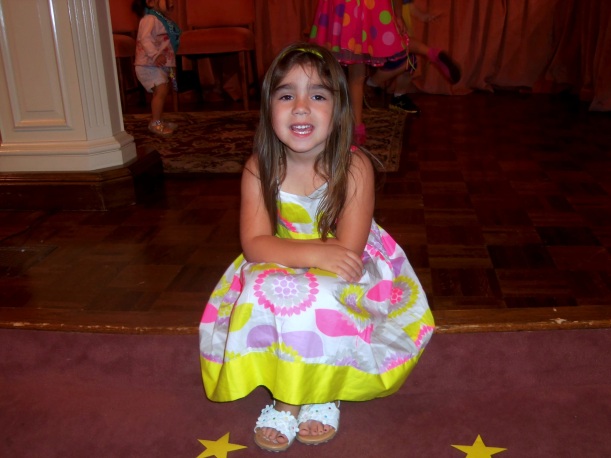 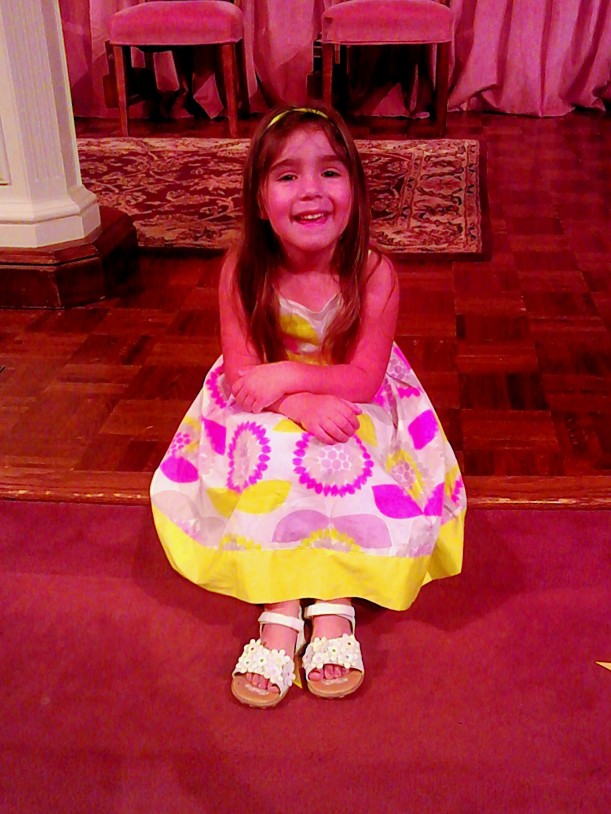 The color was funny on this one because I took it with my camera and forgot to change the light setting, but this is such a cute picture of her.

Today was Cheyenne’s first day of Mother’s Day Out.  I was excited, yet nervous.  Cheyenne is getting a little clingy and I literally can’t leave a room without her following my every move, plus I felt she needed a little more structure and discipline from people other than me.  I opted for 2 days a week so that she could acclimate more quickly.  I really expected a hard morning, when I went to drop her off, since she had such a problem with the whole introduction to Mother’s Day Out. The first time I told her we were going to look into it and explained what it was, she was all excited until I told her that she could tell me all about her day when I picked her up.  That was when it hit her that Mommy wasn’t going to be there.  She was not happy about that and immediately started crying, hugging me and saying she didn’t want to go.

So I took her with me to visit the Mother’s Day Out program at the church I grew up in and she got to see where her room would be, who her teachers were and some of the kids in her class.  Since then, I have talked it up and told her how much fun it would be and all of the things they would be doing like playing on the playground, music class, doing arts and crafts, coloring, painting, etc, and naptime.  We went and picked out a backpack.  She had her little heart set on Minnie Mouse, but we couldn’t find a Minnie Mouse lunch box.  So I was looking online and found a backpack that came with a lunch box that attaches to the backpack.  Then I also found a napmat, so we ordered all of that and got it last week, in time for her to start today. 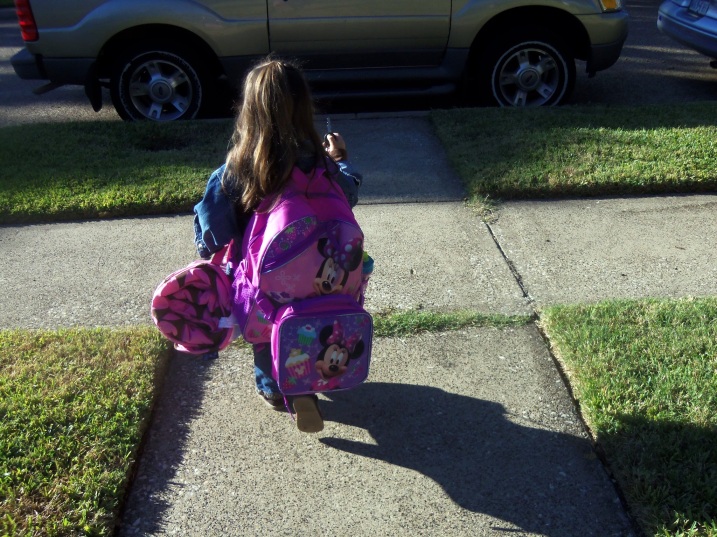 Walking to the car with my keys. I had visions of her at 16 taking the keys to drive. She’s growing up so fast! 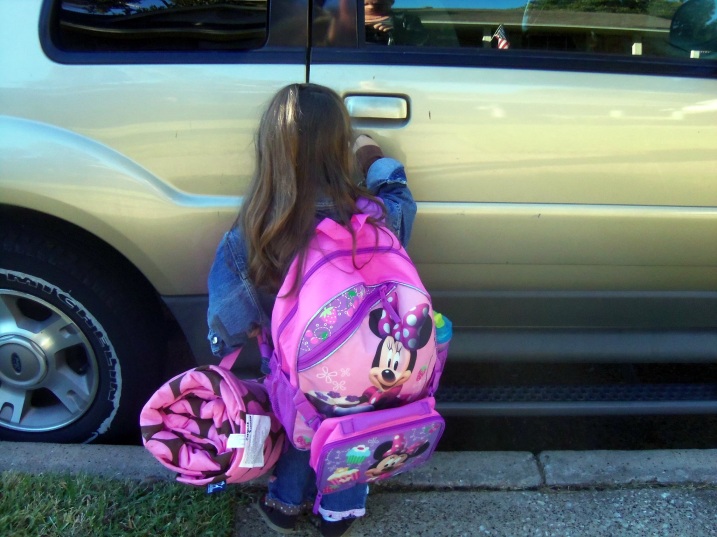 Unlocking the car door. She has to do this every time we go somewhere.

Like I said earlier, I was expecting a tough drop off, since she had never been dropped off anywhere and never really been away from me, except for the occasional run to the store, and one time she stayed with my parents overnight while I was house-sitting for some friends.  Anyway, we walked up to the doors and there was another family going in and Cheyenne said “Today is my first day of school!  Look at my Minnie Mouse bacpack!  And my napmat!”  Now, Cheyenne is extremely friendly and will talk to just about anyone that will listen to her.  So I knew eventually she would be okay and make new friends, she’s definitely not shy!  So we walked on in and found her room and she walked in and told the teacher “Today is my first day of school!” We put her stuff away and she met a couple of the kids in her class.  Then she walked over to me and held her arms up and I was preparing for the meltdown.  I said “Give me a kiss hug” and she did give me a hug and kiss and then looked up at me and waved and said “Bye!”

I was amazed and couldn’t believe it was so easy, just like pretty much everything else with this little munchkin.  She is such a joy and is so easy, except for the times when she doesn’t get her way and starts fussing and crying.  I was so proud of her and am so glad she took to it so well and had such a good time!  When I picked her up, they said she was perfect and she even slept during naptime.  That was the other thing that caused me some anxiety.  Sometimes, at home, she decides that naps aren’t necessary and I was worried that she wouldn’t want to nap being in a different place and on a new napmat and would end up having to sit in time out at the Director’s desk.  But she did great and when I got there, she had just woken up from her nap.

I had such a great time listening to her tell me all about her day and seeing her enthusiasm and excitement about all of the things that they did.  She had a great time on the playground, colored a pretty Columbus Day picture, sang some of her favorite songs, met some new friends, and so much more…including napping!  🙂

I am so proud of her and she is so excited to go back on Wednesday!! 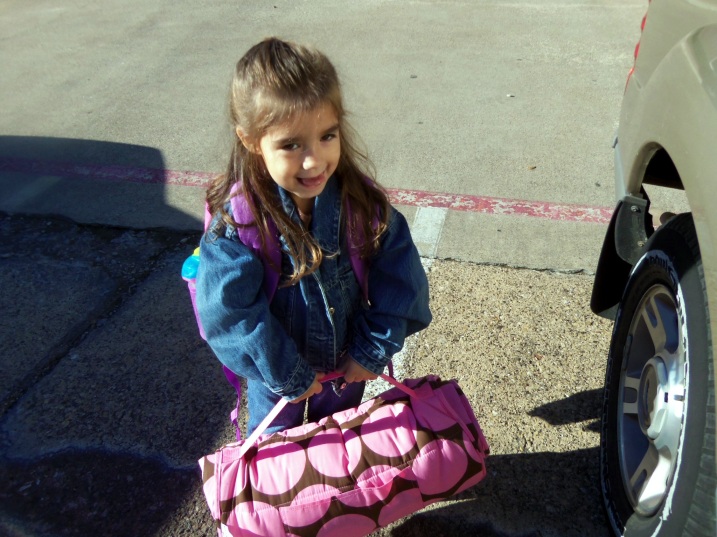 Such a silly girl!! 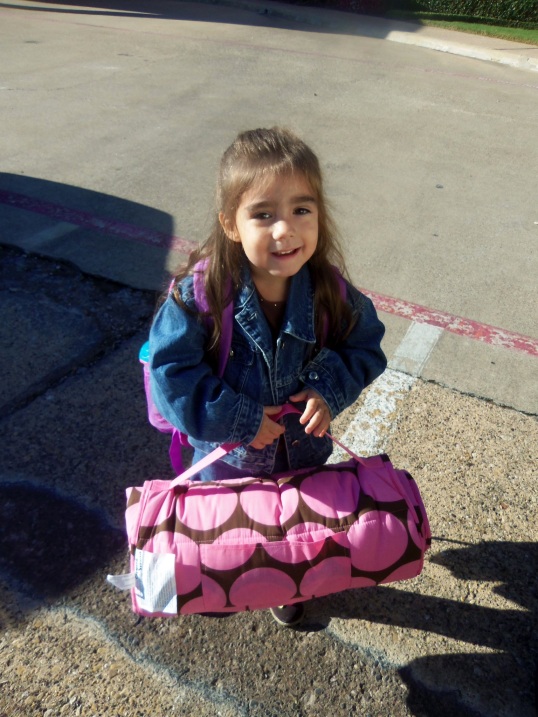 What a big girl!!

I’ve Been Featured On: 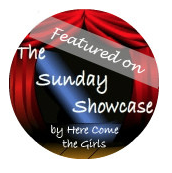